Poverty was never an excuse 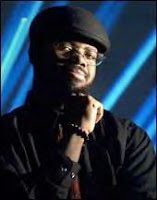 His father died when he was 12 years-old and he was raised, poor in Stamford CT by his mother primarily. After school, he would go to center where Kit Murdock would entertain him with educational material, computer programs and poetry. Something in the life of Devin Gaines fostered a love of school and learning and a further love of drama and electronics. It was the love of learning that led Gaines to graduate from the University of Connecticut this past May with five majors.

June 10 2007, approximately two hours after the 12:51 am 911 call, Devin Thomas Gaines, 22, of 40 Stillwater Ave, Stamford CT, was recovered and pronounced dead at the scene of Blakeslee Pond off Bahr Rd, Deep River CT. Gaines was swimming with friends in the pond at a gravel pit on private property when he apparently went under the water and didn't surface again. Deep River Fire Chief Tim Ballanty stated that four towns responded to the emergency call to help in the search, Essex, Chester, Westbrook and their own department. It was the state police dive team that eventually recovered Gaines in the popular quarry.

It is a tragic end to a young man who never let poverty stand in the way of his dreams and love of education. Devin Gaines didn't graduate with degrees in underwater basket weaving..... he majored in computer science and engineering, cognitive science, linguistics / psychology and a self-designed concentration of cinema, culture and cognition. He is apparently the first student at UConn to do so. Along with those 5 majors, Gaines graduated with four minors, had 276 credits, which is more than double the 120-credit requirement and did all of this while maintaining a 3.2 grade point average.

Devin Gaines did not believe on missing out on the college experience either. He studied social anthropology and linguistics in New Zealand and fiber-optic costume designs in Israel. The knowledge he gained there went into designing a light-up costume for the character of Titania in "A Midsummer Night's Dream."

"This man had such a bright future and he warked so hard. It's just tragic that he can't fufill his promise," said Karen Grava, UConn manager of communications.

As Devin Gaines went from one commencment ceremony to another that day in May, he proved the value of mentors and community centers can have on a young life. He also showed us all how by not sitting back and using excuses for failure you can succeed. Growing up in poverty, having only a single parent didn't keep him from his dreams........ there were people in his life like Kit Murdock, who fanned the embers of his interests, kept him off the streets and away from the popular culture of "why bother, I'm going to die young anyways."

"I'm glad I didn't sleep and miss out on those opportunities," Gaines said in an earlier interview with the Courant.

Devin Gaines was a young man who reached for his dreams, touched many others on his educational travels and although his life has been cut far too soon, he should always be an example to others of what can be done in life, no matter where you start out.

The state medical examiner's office has ruled his death as an accidental drowning.
Update: Blakeslee Pond is on private property and isn't open for public swimming. It has been a location of illegal swimming for many years and because of the recent tragedy, it has been reported that police will be keeping a closer watch on the area.

"He really felt like he got this opportunity. He had to make the most of it," stated Kit Murdock.

The opportunities went beyond the first visit to the community center with his dad when he was 9 years-old. He learned to fix computers there, began tutoring other kids there in computer literacy and after his father died of a heart attack, found a mentor there. Kit Murdock, assistant director there, helped him with his college applications and watched as he won a $29,000 scholarship from the Jackie Robinson foundation.

Devin Gaines seems to have spent his life looking forward. He grew up surrounded by books, disliking sports and taunted by the kids at school because of his weight but by the time of his graduation, he had left much of that behind him, along with 300 lbs he lost. After graduation, he began working at Pension Associates in Stamford and continued to stay at home to help care for his mother who has cancer.

Monday night, Gaines joined his friends at the Griswold Inn in Essesx, their usual spot, for a night of "Sea Chanteys." Gaines and his friends then made their way to Blakeslee Pond off Rte 80. The spring-fed pond is around the size of two football fields and up to 100 feet deep in places. It has remained after Blakeslee Arpaia Chapman Inc removed sand and gravel from the property. They closed the quarry completely in 1993 and despite the "no trespassing" signs and concrete barriers along the shore, it still draws swimmers.

Most local kids know that the company pays for additional police coverage in the summer months, due in part from a young girl's serious diving accident in the mid-1990s. Others though, after finding out the location, travel from larger distances to swim there.

By the time police arrived at the quarry around 1 am, Gaines had been missing reportedly, for 45 minutes. Divers finally found his body at 3 am, close to shore in approximately 11 feet of water. Toxicology reports are still pending.
Update: posted July 12.

"He was one of those special students," stated Brian Murphy, retired Stamford High School teacher.

Serious questions have arisen with regards to Devin Gaines having gone "swimming" in Blakeslee Pond. His 56 year-old mother has said that he didn't know how to swim and couldn't understand why he would have gone into the water. Christopher Marshall, Gaines's best friend, has also been trying to find out how Gaines got to the quarry to do something that seemed very out of character for him. Not only did he not swim but he doesn't understand why Devin would have been there in the middle of the night.

"He made the university his oyster. You crave kids like that," stated Gary English, head of the dramatic arts department at UConn.

Gaines would have turned 23 on Monday and as more of his life story unfolds, I can see a young man who strove to take in as much of life and education as he could..... someone who didn't sit and wait for opportunity to come knocking at his door. As well as his record setting five majors, he minored in math, communications, business, production design and film studies.

"He squeezed accomplishments that people would see in two or three lifetimes into seven or eight years," said Marshall.

Sometimes that entailed sleeping only 3 hours a night to keep up with his classes but Devin was far from just a bookworm. His interests according to his Facebook page include community work, knitting, costume construction, shopping, language deciphering and software and hardware repair.

Teachers at Stamford High, where he graduated in 2002 from, described him as multi talented, hardworking, studious, quiet and gentlemanly. Gaines was one of a tight-knit group of students in the Cisco Networking Academy, which was designed to give students advanced computer skills which he excelled at. He spent his sophomore year at King & Low-Heywood Thomas School, a private school on Newfield Ave. He struggled at times because of missing school for personal reasons but that never seemd to end his love of learning or school.

Devin spent much of his time at the Yerwood Center, helped establish a computer lab there and was part of it's first summer camp program in 1996. His mentor and friend Kit Murdock helped him as much as he helped her, she said. As one of the few white faces there, he helped her to understand the differences in culture. Deborah Sewell, president and chief executive officer there said that Devin had called in May expressing an interest in becoming a mentor there.

While at Stamford High, he sang tenor for two years in the "Madrigals", their cappella singing group, attended extra rehersals and was always certain to let people know when he couldn't attend. He was a good tenor, something not easy to come by and along with an excellent voice, he had an excellent ear for music, according to Gloria Sinaguglia, choral and orchestra teacher.

Devin had been admitted to a graduate program in educational communications technology at New York University and had talked of moving to Stamford to live with his friend Marshall while attending classes. Gaines had been present for the birth of his 4 year-old daughter and was her godfather. Marshall said that Devin had invited him to the bar on Monday to meet some of his UConn friends but that he had to work and couldn't go. He has said that he will regret that he didn't go for the rest of his life.

"In Fairfield County, we see so much privilage, and some students don't make the most of what they have. It was the opposite with Devin. He always impressed me as somebody who overcame any adversity (that) came his way. That's why a young man like that sticks out," stated Tony Pavia, Devin's former
principal and current principal of New Canaan High School.

Whatever happened in those early hours Monday night, it should never keep Devin Gaines from being an example of what can be done when you work hard and keep your eye on your dreams.

A wake was held for Devin Gaines on Friday at Dower Funeral Home in Stamford. The funeral will be held at a later date in South Carolina, where he will be buried.

Earlier this week, Gaines' sister said that UConn was witholding his five diplomas until the family had found the money to pay off his $4,000 debt. UConn has said on Friday, that they have been shipped to his family.

Friends of Devin have established a scholarship in his name and have set up a collection to help his family pay for the funeral. So far, they have collected $3,000, half of what they believe the cost will be for it.

Devin it is said, had hoped to one day go into academia and build community centers like the one in Stamford that taught him about computers and inspired him to strive for success in school.

"I see young mothers struggling with undisciplined children. I see raw talent among the youth not being challenged. I think that the problem that is confronting youth of today involves more than violence and drugs. I believe the problem lies in lack of education," Devin wrote in his scholarship application to the Jackie Robinson Foundation.

The website, www.devingaines.com, has been set up by his friends to leave comments or pledge donations.
Posted by Val at 1:51 PM

Shoot me for thinking this...but, I wonder what his student loans are....

this story has made me so sad that I had to look for additional information. What a bright, beautiful light, extinguished far too soon.

Devin didn't accumulate any student loans. He went through college on a full scholarship. 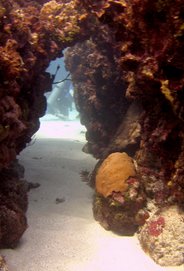